edited/updated
i lucked into this thing and it brought me back into the world of bmx.
i bought this off letgo from a guy who said he pulled it out of the garbage. i always thought hutches were cool bikes but i didn't really know anything about it til i got it home and started doing some research. it was in rough shape but i don't think it was ridden a lot. it cleaned up surprisingly well but the chrome is far from perfect. i put some cool indulgence parts on it but it can always go back to original (even has the original brake cable on it. crazy.) it's too small for me to ride it seriously (and who wants to beat up an old hutch?) so it's a rider for my kids, they're nice to it.
what it is:
1982 pro racer. original frame, forks, hutch bars,z rims w/ acs hubs, seat, pro neck seatpost, chrome tuf neck (replaced cap), mx 1000 brake, lever, even cable.
added chrome and black checker cal light pads, real '80s redline 401 cranks, rechromed aero disk, ppp 43t chainwheel and jdb pedals (nicely filed cages to save my kids' shins), tioga quick release seatclamp.
still have the original cheng shin tires, tagaki 170mm opcs, kkt lightning pedals, oakley .5s and exclaimer seatclamp.
people love hutches. guys my age freak when they see this bike.
(pic against the tree is how it was for a while and against the garage door is from the letgo ad.)

old_school_bmx_guy
you spent how much?!

Looks good. Do you have the before pics? 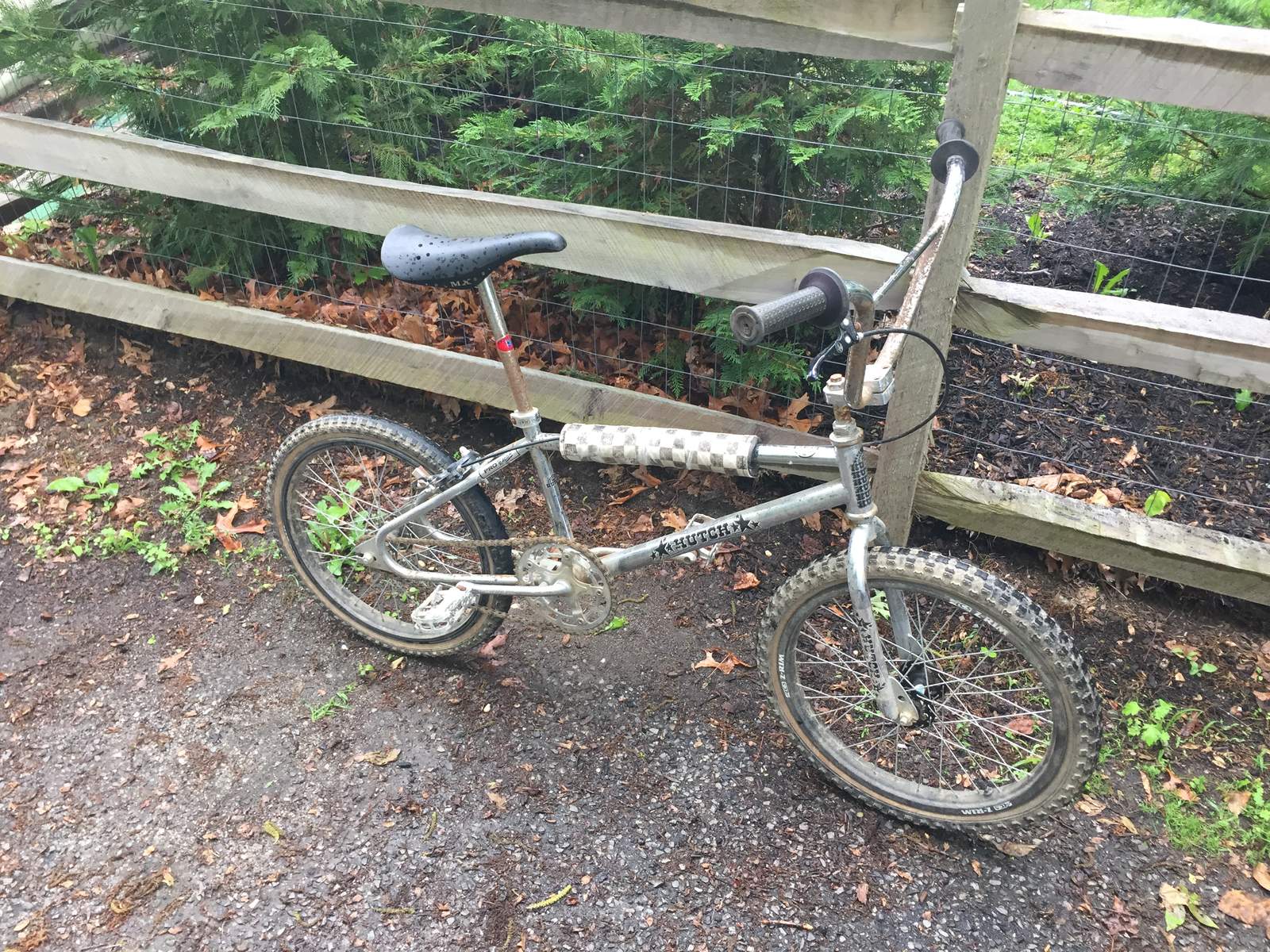 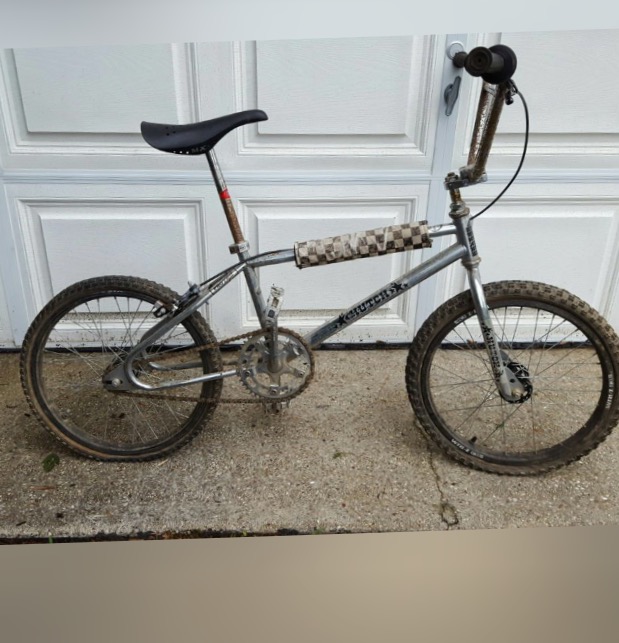 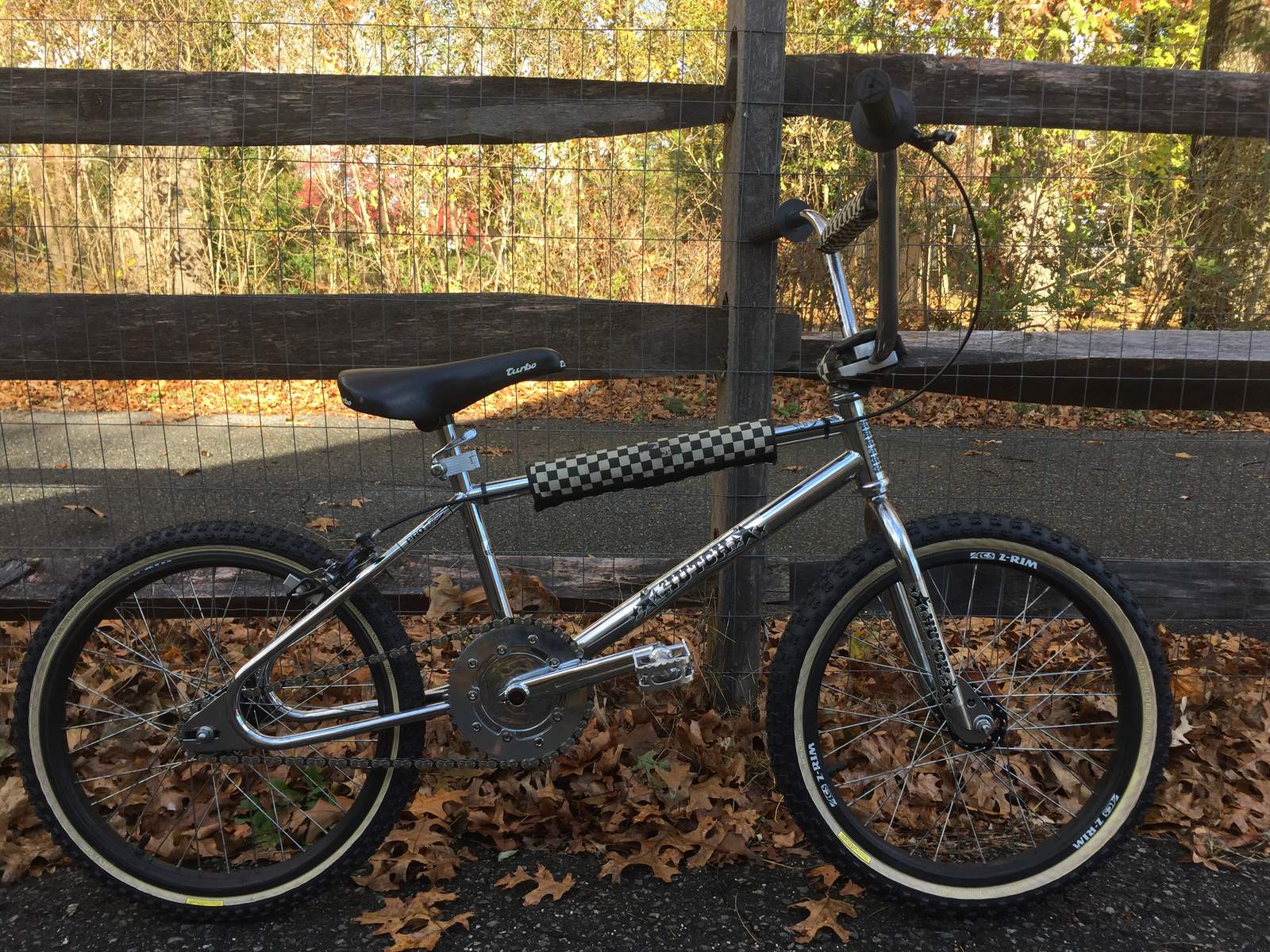 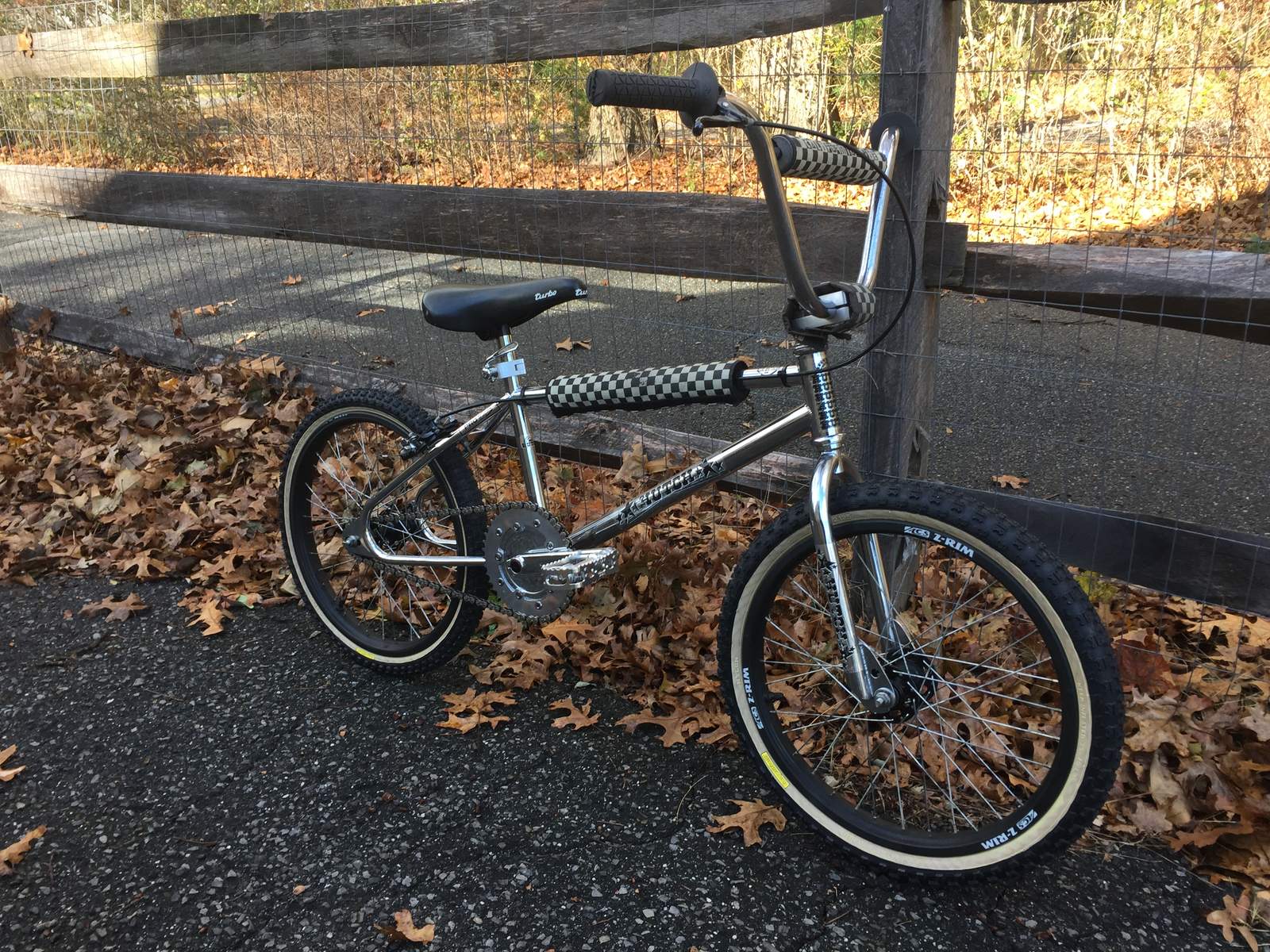 updated. i think it's done. 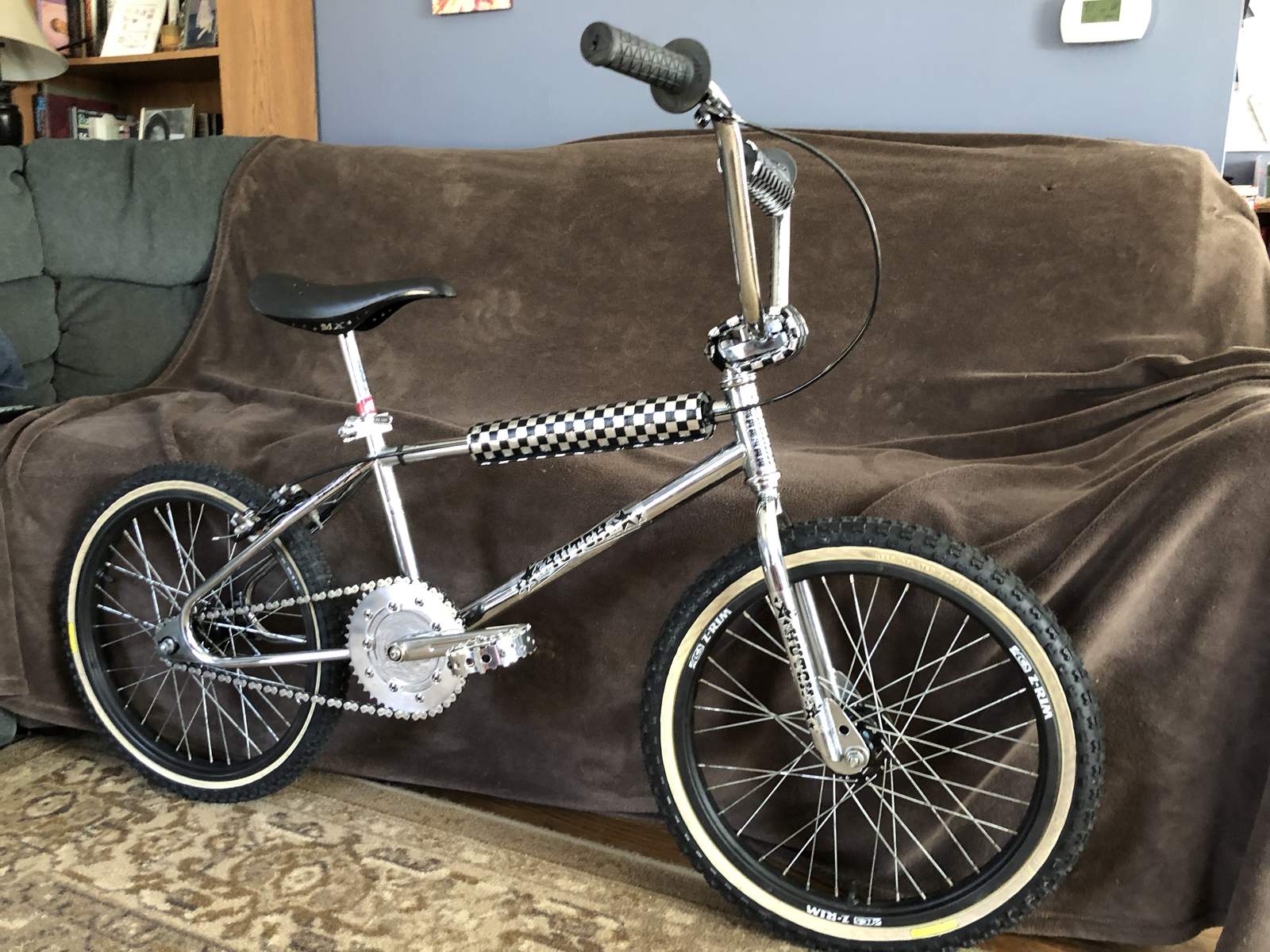