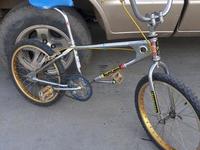 This was my bike back when I was about 10 or 11 years old. the pedal cage fell off, and I could not get it out. I tried cutting the crank arm off with my dads hack saw. I gave up after I got about 1/16th in. Then gave the bike to a friend. A couple months later he moved, and I never saw him again. About the beginning 2014 I found it at the Atwater Ca. flea market. I bought it for $30. A couple days later I saw the cut on the cranks, and I could not believe that I found my old bike. It was just the frame, cranks, seat clamp, and og seat. that is not on the bike, because its not comfortable. It has skyway free wheel mags, redline brut stim, team cycle grips, unknown bars, mongoose stamped seat clamp, cranks, and spider, 42 tooth chain ring. Flea market tires, and pedals.

Cool story...always nice to see an old supergoose about. Its too bad that its missing the gold stem, araya rims, shimano hubs, ss bars, and snake bellies. You can have fun though hunting these items down and restoring it.

Cancer is not a death sentence. I am living proof.

Awesome the Goose has found its way back to you john.
It must have forgiven you for trying to cut its cranks all those years ago?

Really cool story man. Glad you got it back! 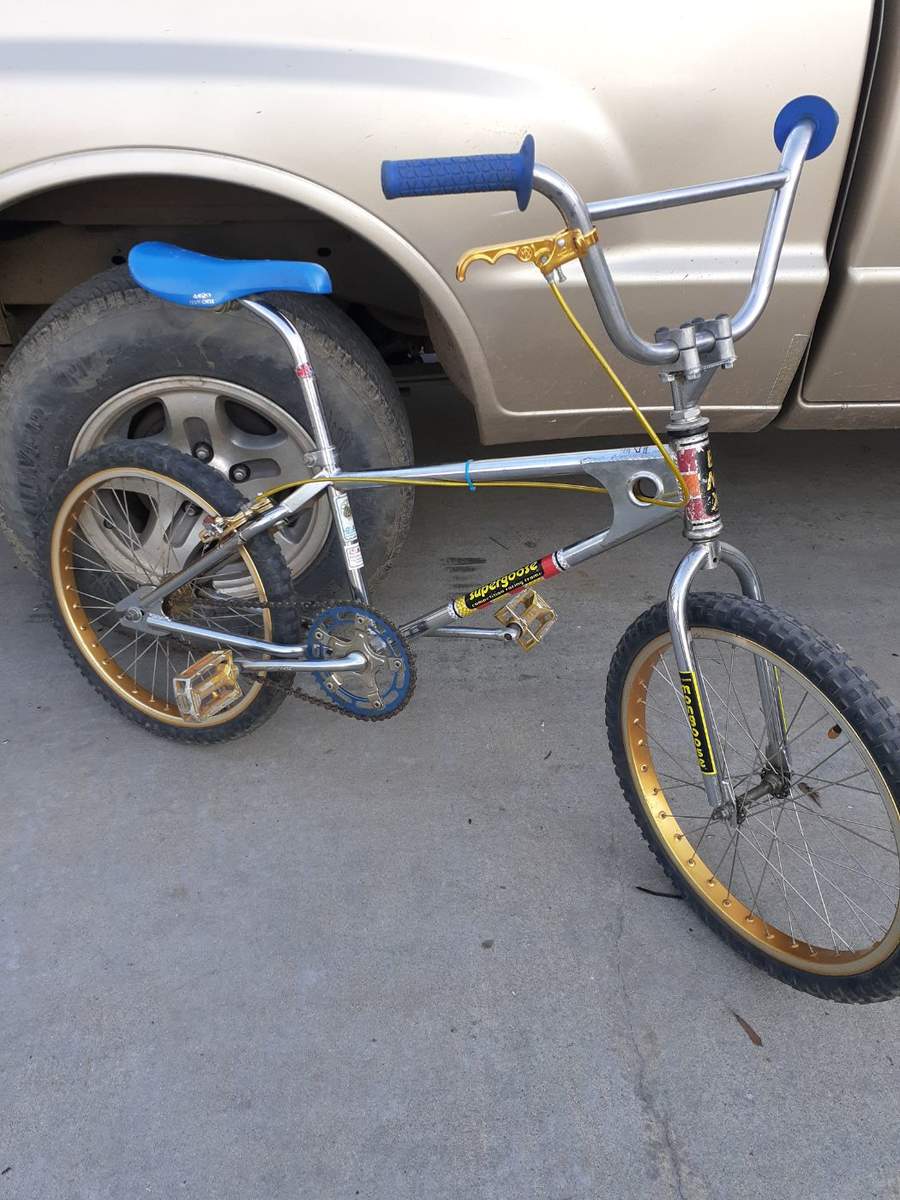