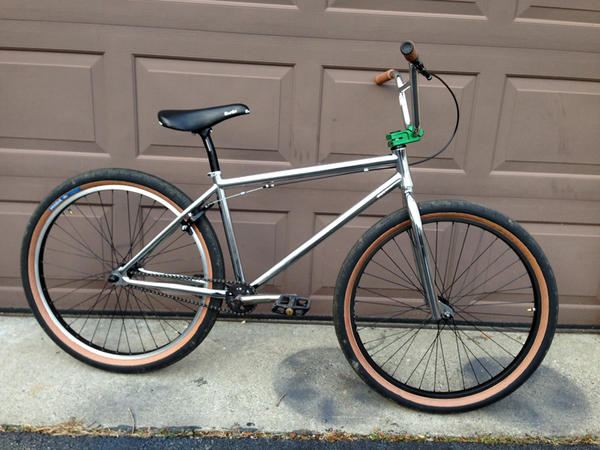 As soon as Volume announced this bike I was stoked. I wish I had this to commute with when I lived in Boston. The Hessian replaced the Sledgehammer in Volume's lineup. I purchased this bike over the summer and it's been a blast to cruise around on. The bike comes as a complete and is relatively inexpensive—so some of the components aren't the best. I've upgraded a few things here and there, the first being the rear wheel. The first day I had the bike I bent the rear wheel again the frame over-rotating a 180.

The only thing that bums me out about this frame is the fact that only the downtube is chromoly.

More Bikes From chrispiascik (14 bikes in museum. View all)