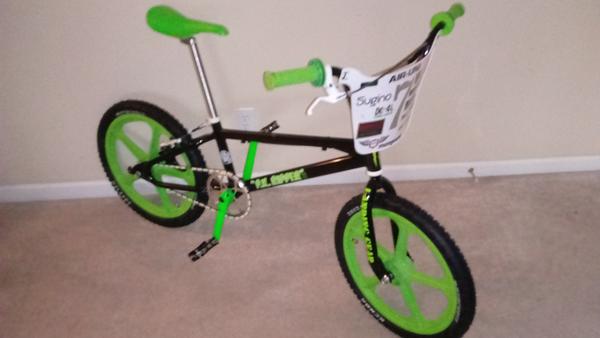 Well here it is. I entered this bike in the museum a few years ago when I got it, frame only. It originally had the gold decals. My mom bought me this for Christmas in 2008. It was my second chance at a build and a bike I had wanted as a kid. I told her all the things I had planned for it and she humored me as mothers do. Knowing that I have three daughters and a son she probably figured it would always just be a frame. That's what it was until 2011. I finally got the parts to do the complete build and this is the end result. I so wish that my mom could have seen this but I lost her to cancer in 2009. About 9 months after she bought me this frame. Oddly enough I survived a year long battle with cancer myself in 2006. I know she is  proud of what I built and I am dedicating it to her. I love you mom and miss you. You always took care of me and helped me make my dreams come true. John

More Bikes From cruesixx69 (6 bikes in museum. View all)