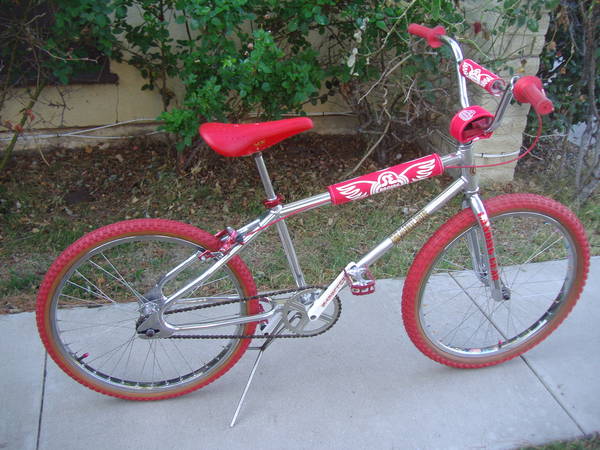 This is my rare SE Mauler 24 loop tail cruiser.When Race Inc was  having a hard time moving frames and SE could not keep up with production and since they were made in the same building SE sold some RA 24'S with There SE Cruiser bars and Landing gear forks,and seat post  and named them Mauler.This is one of them that the original owner built with red parts bitd,so i kept it the same colors he had but changed quite a bit of it.Hope you like what i did with it!

More Bikes From king stinger (21 bikes in museum. View all)