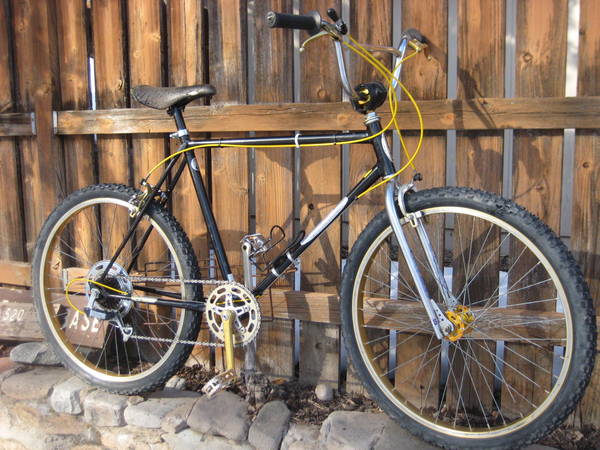 My roomate recently found this King Sting in a trash pile during our cities annual fall clean up. The bike looks like it sat outside for many years, the decals are badly cracked and faded, and the anodization has faded off of the hubs, cranks, and pedals on the sides that were facing the sun. After re-packing all of the bearings, installing new cable and housing, and removing the siezed seatpost, rotted seat and rusted chain, the bike is back in use. Its a great townie and fun on the mountain bike trails around town, but the chain doesn't like to stay on (it needs a chain guide). King Stings must have been great mountain bikes in 1980, before mainstream mountain bikes like the Stumpjumper were available. Its funny that they aren't usually credited as being early mountain bikes!

More Bikes From MYASTRON1 (5 bikes in museum — View All)