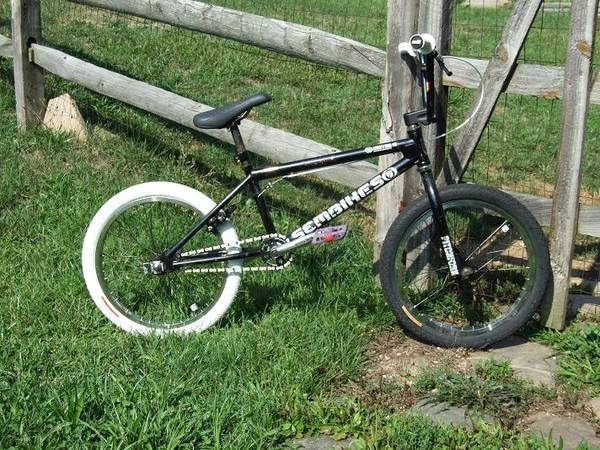 When I bought this it was period correct.  Down to the black chrome triple wall/Poverty seal hubs, Profile SS chainwheel, and bent/cut Slam bars. Other than the stickers it was a Johnny Cash bike. I bought it from the original owner. He built it out of a Dan's Comp catalog. I straighten and lengthened the bars. I put some new school stuff on it along with more white parts. I tried to keep it as American as my wallet could afford. We call it the Oreo bike. LOL  It has been my daily cruiser. But I picked up another bike I'm going to use as a daily. So I'm going to take it back to it's Mid School glory.