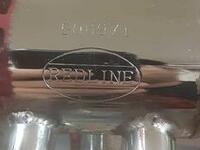 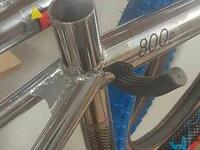 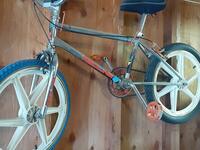 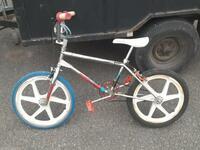 I remember being jealous of the neighbor kid as he crushed down the dirt road on his sweet Redline. Pined for the opportunity to ride it, but I was too young and too small and it was "way too cool" for me.

Then 35 years later, when helping his parents move, I looked up and saw the Redline on the wall, miserable and untouched for decades. I told his dad it was valuable but that I could only offer him $200. He threw it in the back of my truck for free.

After a lot of research, I have been told it is in fact a 1983 PL 20 of some variety, not a 1985 800p as the decals claimed. In the spirit of the previous owner, I built it up as mostly an 800P, with some little touches of flair (and half wrap Flight cranks instead of 401's because I can't afford them).

More Bikes From Bootsauce (4 bikes in museum. View all) 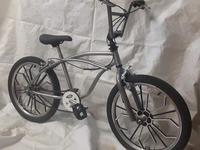 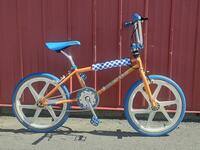