Noticed on the Rebel Racing page you show Rebel to have been owned by Bernie Anderson. Not completely accurate. Bernie started Rebel Racing with Roland Chankin in '81, but then sold it & Blazer Racing to Charles Bruce in '82. Charles Bruce was the marketing arm of Rebel Racing, until Roland Chankin & Bernie Anderson parted ways due to personal issues between each other after the ABA Texas Tour in '82 (Really have no details why.). Manufacturing was actually in Phoenix through a Gene Roden (ABA) contact. Charles Bruce was the one who took over the management of the race team in late '82 and moved manufacturing of Rebel to Tennessee in late '83/early '84 to a manufacturer who also made Vector, because the quality of the Rebel/Blazer frames coming out of Arizona had quality issues & many were braking at the head tube. This is when the Rebel Stick Tails (Gen 2) frames started.


Charles Bruce closed up shop in '87, after the economy & BMX took a down turn. 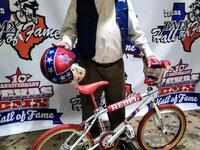 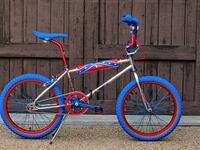 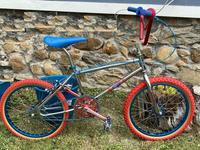 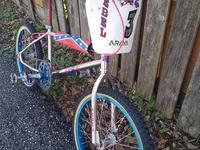 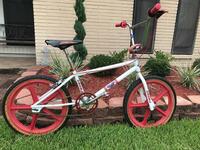