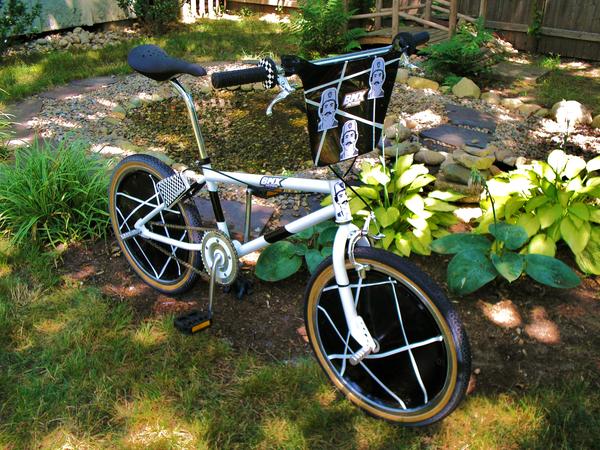 This bike was built for the 2012 Summer Build-off. I wanted to find the most uncool bike I could find. This was at first an obvious choice. When I received the frame set I noticed it was really made well. Later I found the original test for the bike and started to actually like it. I tried to have fun and give the bike an identity. There was a thread in which another member asked how to pronounce Raleigh. I posted a picture of retired MLB pitcher Rollie Fingers for a goof, but that is how I always pronounced Raleigh. My influence was Rollie Fingers, the BMX Action test, and the original version of the Raleigh Reflex. Enjoy!

More Bikes From general hustler (12 bikes in museum — View All)