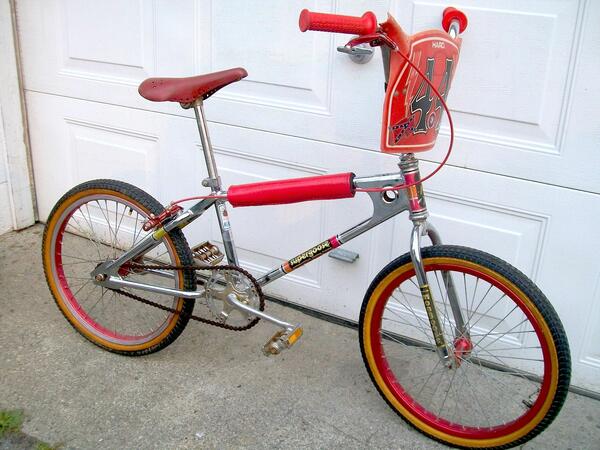 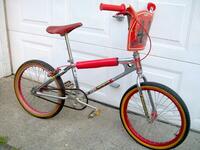 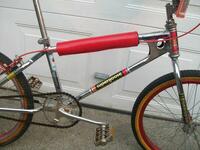 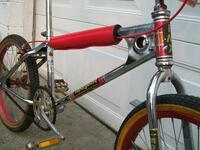 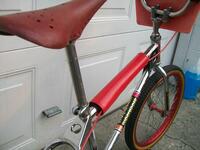 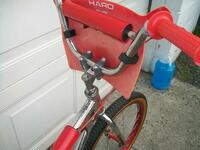 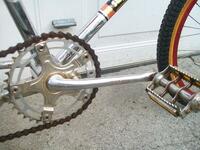 This bike is a very Early production of 1981  Team Supergoose, it has the rear flatened chain stay,  but only one drill hole in brake bridge, this bike is stamped March of 81, and  in April a month later there were changes made to the production of these bikes and  moving foreward  all the Supergooses were designated with the three drill hole   brake bridge, so in all the  facts,  these styles were Only made for 3 months Of 1981 ,its all original as seen ,  check out the specs, from the decals to the parts this is how they were sold back then , the  color combo and parts. Its an  awesome rider,  condition is  not  a  mint show bike  it has wear .

I appreciate it that way used , ridden , raced etc. the stainless Mongoose stamped bars are kind of small,  for adults but it all stays as is.

More Bikes From CJRADD (41 bikes in museum. View all)