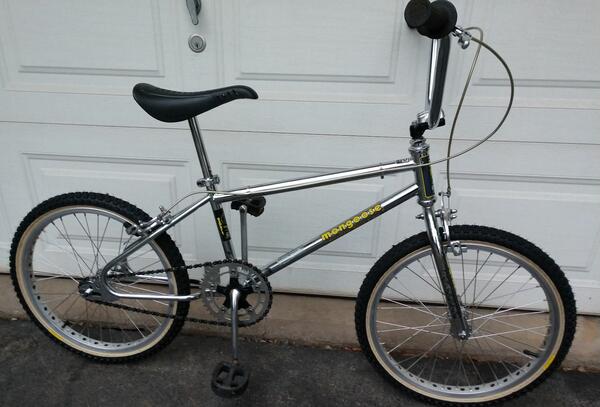 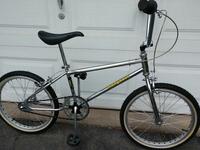 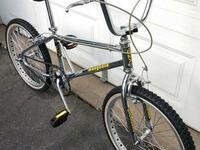 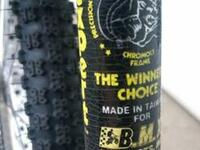 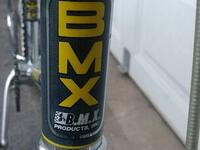 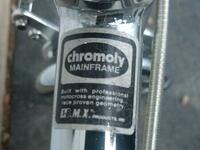 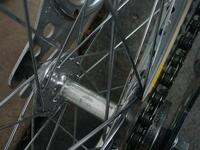 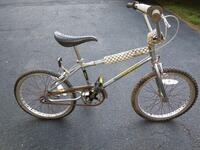 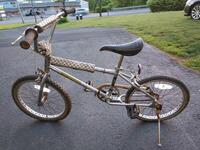 1985 Mongoose Expert was originally purchased at Bicycles Unlimited in NY. The original owner gave it to my friend who was his cousin for his kids in the early 2000s to ride. When they were done riding it my friend put it in the shed. He noticed I was interested in BMX bikes and asked if I wanted it. I told him it was worth a decent dollar. He said it didn't matter knowing I would give it a good home and appreciate it. So I cleaned it up and relaced the wheels with some NOS chrome Asahi spokes to keep it as close to original as possible. The last 2 pictures are when I acquired the goose. It even had all the safety equipment like reflectors and chain guard and sported a bolt on kickstand.  Everything is OG except for the tires, spokes, and chain. 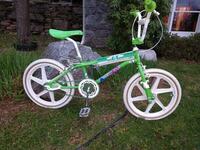 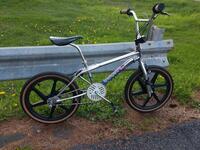