http://www.khebikes.com Back in the days, we produced a shirt with the print "Kinky Huge Elephant" on it because everybody asked us about the meaning of "KHE". But the truth is, KHE is just a short cut of our home town Karlsruhe. Karlsruhe (KHE) is a city with 300.000 inhabitants and a lot of history: In 1817 the first bicycle was invented from "Freiherr von Drais" and it was called the "Draisine". The first car was built in Karlsruhe, too. It was in the year 1886 and Carl Benz (from Daimler-Benz) manufactured the first automobile.

Since almost twenty years now, we are producing BMX parts and complete bikes. We put all our effort in the  design and technology of our products to enhance the possibilities for the riders.

1988: KHE was founded by Thomas Goering, a passionate freestyler from Karlsruhe and his older brother Wolfgang Goering. The first offered product was a peg (Do-Peg), made with a small drilling machine (Value: ca. 350 Euro).

1990: We invented the Grinddisc in cooperation with Albert Retey. It abolished the bashguard frames.

1991: The next invention was the first bmx clamp fork without welding. After that came the first two bolt seatclamp and the 10mm and 14mm freecoaster with sealed bearing hub following.

1993: Albert Retey designed our first frame, and it was called the "Catweasle". 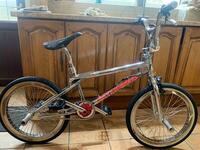 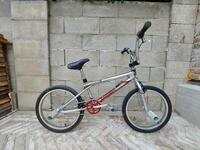 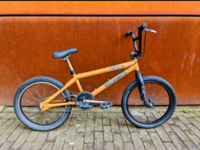 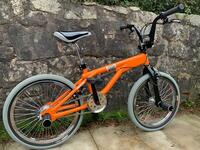 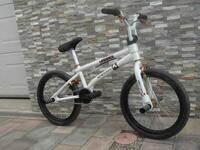