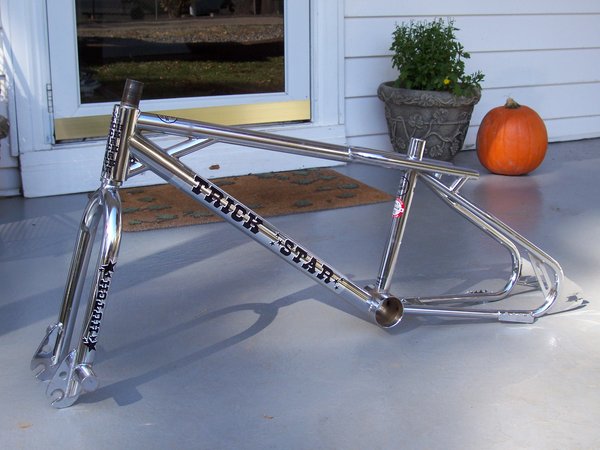 I stumbled across this at a busy intersection on a four lane highway. While I was waiting for the light to change this guy blows thru the intersection on it. I am thinking is that what I thought it was? So I turned and followed him. He had no clue what he had and was just using it for transportation. The decals except for a few had been removed. The other components were not as exciting, but I was freaking out. He said someone told him it was valuable and had offered him $30. I got the whole bike for $60. Yes! $60. I took it home stripped it down and cleaned it. It is the original chrome. I got some reproduction decals from John Debruin. Thats how far I've gotten. I want to put a black western "H" stem on it and some chrome ladder bars. I put the SN# on the forums and every body said it was an '85. I knew it was some where between '84-'86. It has no baseball symbol beside SN#. One of the stickers that was still on it was the "Made in the USA" sticker.

More Bikes From jimib (16 bikes in museum — View All)