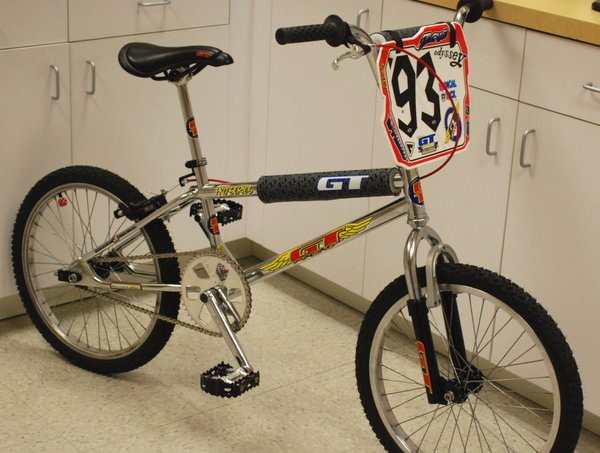 One of my favorite mid-school rides

This frame was originally released as a 1994 Pro Series, serial starting 1093XXXX. I decide to build it as a 1993 Pro Series Team since it was the same frame. As I moved along in the build I ended up using some parts from the '94 Pro Series and the forks from the special edition '94 Intercepter Shock model. So I guess you could say this was a 1993.5 GT Pro Series Team Shock Model. See if you can fit that on a decal. *L*

More Bikes From Slicer GBA (6 bikes in museum — View All)