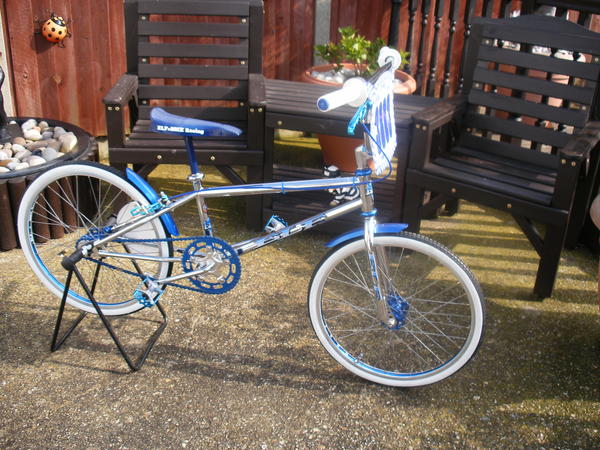 Bought this as Frame & Forks and built it for our son to race. Never used the ELF forks preferring Tange TX. Found his original Race Plate in pieces and after a bit of tape sent a photo to a guy on the Net who made a replica. Back in the day the bike was finished of with a set of Blue & White Cali Lite Frame Pads.

Shortly after this one we got Haro Master as doing tricks became more fashionable, then he started more Off Road/Dirt Biking. Still got a few more 80's Old School but now even the Grandkids have outgrown them for Four Wheels.