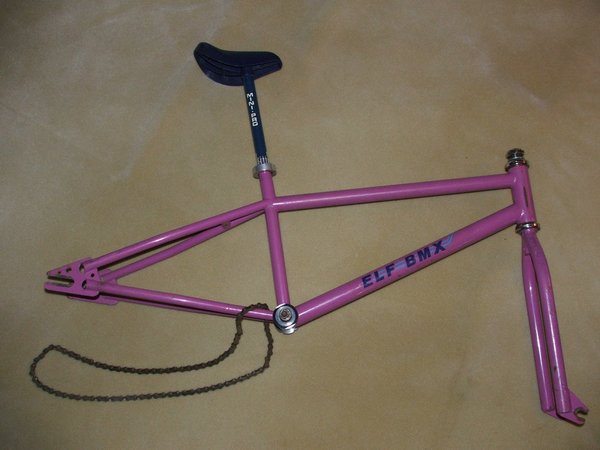 This one was purchased inside the Charlotte Motor Speedway at the National Race they had in there. I rode this through 1985 and early 1986 until we picked up the Phase 2 that's also in the museum. This one has some battle scars on it from actually being used quite a bit. This one was raced from New England to North Carolina to Memphis, TN to New York and most states in between. Headset = unknown Seat clamp = unknown Seat = Uni mini 14" Pro Bottom bracket = unknown Chain = unknown It's been over 20 years since we built this one and I can't recall who manufactured all the components.

More Bikes From sdunlimited (5 bikes in museum. View all)