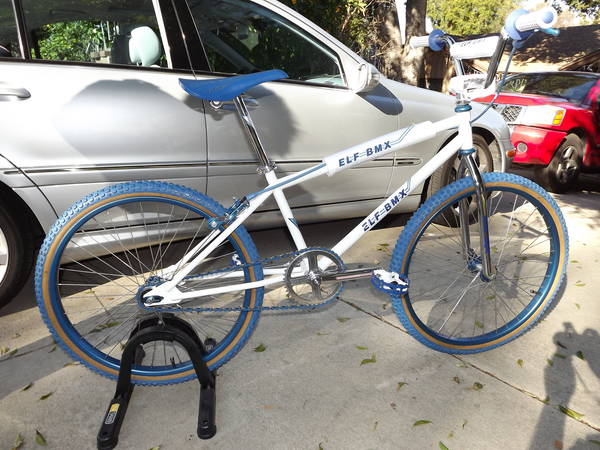 Original finish EARLY Factory ELF 24" Frameset This bike was purchased directly from Brian Lewis. He raced for ELF in the cruiser class. only 2 were made and this is the loan survivor

Bought most of this bike from Thornton and basically added in the missing things I didn't get from him.

More Bikes From Vbiker (29 bikes in museum. View all)