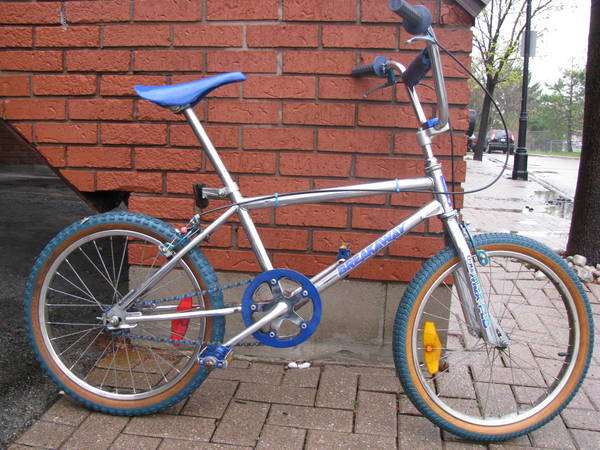 Saw this bike in the background of an ad when I was looking for a workbench for the garage.  Noticed the blue tires and inquired. Picked it up; will likely use the blue parts for another build.  Has some decent Tange forks, which were added later since the originals broke. Seat also added after the fact. Branded as Eaton's, a now defunct Canadian department store, but the serial number looks a lot like the CCM/Supercycle Canadian bikes from the era.

More Bikes From spitfire (53 bikes in museum. View all)