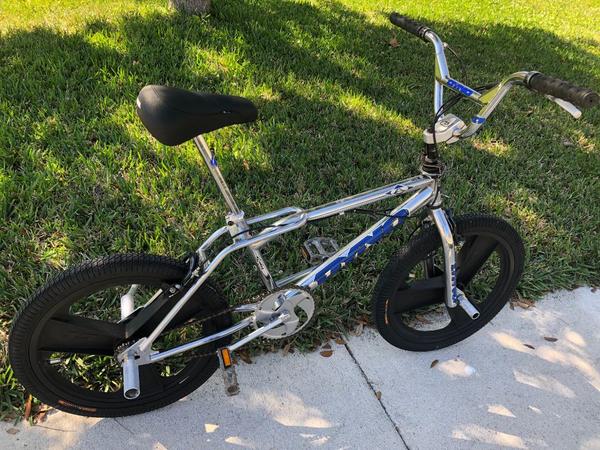 SOLD. This is the 3rd GT/ Dyno bike I've owned. Found it on eBay, it was owned by someone living on a US military base in Germany. I kept the fan blade wheels, but someone had used White-Out or something to color in the GT symbols on the spokes, so I just polished them down to black. I put on a set of Hoop D's tires from the 2000 Dyno Air I own. I gave it a GT Launchpad seat and replaced the upper Gyro cable. I also had to replace the grips, they are a GT no flange offering. The chain is a new KMC. I found some original GT pegs, front and rear, to nice for this bike but... I had some Dyno decals laying around that were the same style as on this bike, they are now firmly affixed to the front and back sides of the bars. The original decals are showing their age, but other than that it's a nice example of a rider condition 1997 Dyno Air. Thanks for looking.

More Bikes From JNitrous (21 bikes in museum. View all)