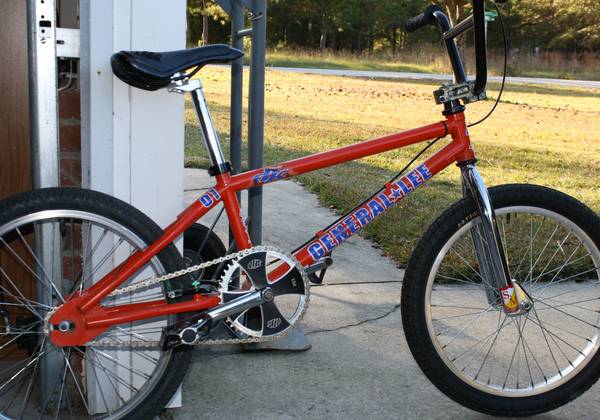 When the General Lee first came out I was 13 years old. I saved for months to buy one, and finally did. I got a car and sold all my bikes and regretted it ever since. I bought this General Lee off someone who got it from Herbert Hill the AA pro racer from the late 90's. It is one of the originals that was made in the U.S. Hopefully one day I will be able to restore it to glory.

*I was going to changed my year model based on talking to some other members. DK said it was a 1997 but other people are saying 1995. I found this website that confirms what DK says.

More Bikes From oldguy25 (6 bikes in museum — View All)