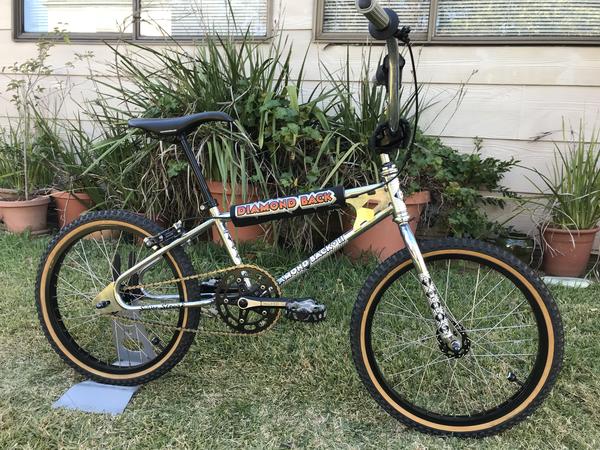 Bought this bike in May, 2009 from the second owner as frame/forks/bars and pads. He requested that I really look after this bike well, as the person he bought it from was his childhood friend and original owner. I gladly said I would, and I've kept this bike indoors ever since I've owned it, away from the harsh elements. It stays in my bedroom actually. I even did a race on it at the Retro Grands at the Macarthur BMX Track in Elderslie NSW, Australia back in 2010. I'll never sell this, even though it is compact it is so very light and I just love the way it looks. I think it's in pretty good shape considering it is a 1982 model. All I've done ever to clean it is wipe it over with a rag and Mr Sheen furniture polish. The bike as you see it now is how it has been since I've had it from 2009.

More Bikes From ApolloMkII (4 bikes in museum. View all)