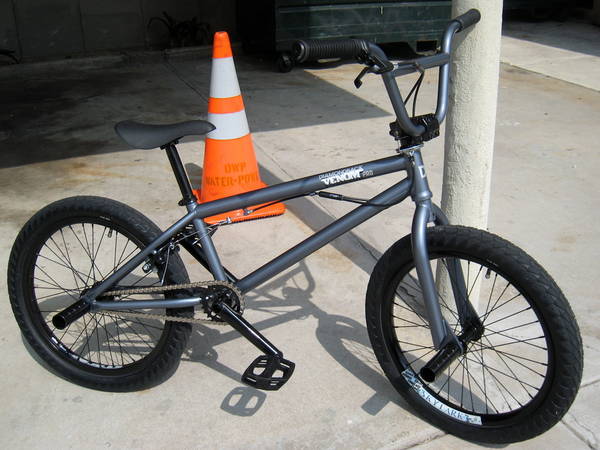 My first new school freestyle from my favorite company! I had to special order this one.

I used to race BMX when I was little way back in the 80's. I placed a few times but nothing special. My bike was a chrome 1983 Diamondback Viper. I've always dreamed of getting a higher end Diamondback back then but it never happened. I moved to Los Angeles in 1987 and never looked back, and somehow my bike was lost in the transition never to be seen again. So, decades later (June 2011) I decided I wanted a new bike - a Diamondback of course - and I wanted their top of the line freestyle urban bike which led me to the Venom Pro. I believe the old school companies are just as good as anything today, and I'll always have a Diamondback from now on! I can't stop riding it - I love this thing! I think it's beautiful also. I actually have it next to my bed so I can look at it when I go to sleep! I'll never learn much freestyle due to a broken back earlier in life, but I'll ride the HELL out of this! I feel like I'm fourteen again. So happy that there's a site like this; a lot of older brothers and sisters out there riding which is seriously awesome!

ALSO - someday I'm gonna have a minty Viper with Tuffs!